Chess is a game that is often linked to the use of brain while playing it and why not so?

It involves all the aspects like analytical thinking, art of decision making and thinking way forward than the present situation. It is the presence of mind of the player that paves a path to his ultimate head to success or victory, whichever way we call it. The earlier methods of playing chess on an 8*8 chess board with sixty-four squares has been prevalent for a tremendously long period of time but with the modernization and digitalization at their respective peaks, how could chess stay far behind!

Nowadays, playing chess has become quite easy and accessible, thanks to the chess engines. One can login to a certain chess engine; then, either explore or find an opponent of their choice, and combat with them in a game of chess virtually in the online mode. The opponent can be from anywhere across the globe. In this way, the hunt for the opponent becomes quite a simple job. In most of the cases, a person is paired with another of similar rating.

An obvious question that now arises in our mind is that what exactly is meant by a chess rating?

A 3-to-4-digit number that show cases the playing strength of a player is termed as rating. It is evaluated in such a way that the higher the number, the better the player and on the contrary, the lower the number, the frailer the player. The least possible rating that an aspirer of chess can have is 100. While theoretically, the maximum possible rating is 3000. In reality however, the maximum rating that has ever been achieved is 2851 by the World Champion at the time, Garry Kasparov. There are various criterion set by FIDE (World Chess Federation) and USCF (United States Chess Federation) to identify the class a chess player belongs to in terms of the skill set.

It is a well-accepted fact that the people who love to play chess on a regular basis are found to be conscious towards what rating they hold. It goes without a doubt that knowledge and experience are inevitable ingredients needed to enhance one’s rating of chess but it is also true that coupling them with a clever and well thought strategy can pay a huge deal.

It is a well-accepted fact that the people who love to play chess on a regular basis are found to be conscious towards what rating they hold. It goes without a doubt that knowledge and experience are inevitable ingredients needed to enhance one’s rating of a player can compete with another player who might be in possession of a rating which is 300 to 500 more than the former. In this way, they would be able to compete in a game that they have not played before. One thing that should be kept in mind is that in such a case, they should not lose whatever confidence they hold, rather take it as a challenge and with utmost concentration and sufficient use of skills, perform strategically to head towards the victory. This will also boost their experience when caught in a battle that everyone calls the game of chess.

The aforementioned practice is also recommended because in the course of playing chess against a player with higher skill, if one loses then the rating gets decreased by a very small amount while if in case they succeed to turn the match in their own favor, the rating gets boosted up significantly. The weaker player has nothing, as such to lose but on the other hand, has the possibility of gaining a lot.

The second methodology that could be adopted to boost chess rating is by being able to make instant calculations in a way that is both faster and better than that of the opponents. By better calculations, it is meant to perform deeper and relatively quicker estimations. For instance, all the Grand Masters can analyse 15 to 20 positions deep and this is what makes their calculating abilities truly exceptional. Apart from this, one should be clear with the fundamental strategies that need to be implemented during the course of the game.

It is suggested to study and analyse typical positions of end game that are likely to arise in a game of chess: 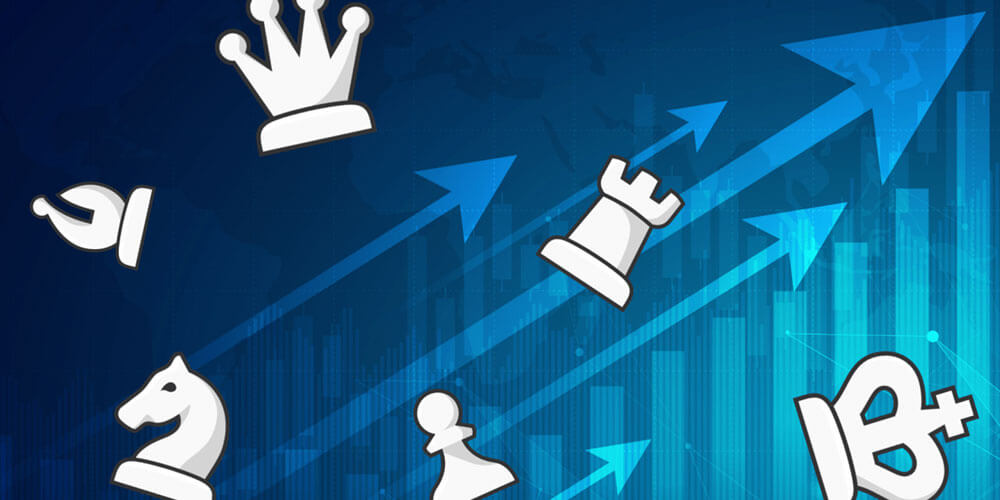 Also, analysis of some of the middle game positions would also be highly preferable :

Thirdly, attack on the king is one thing that should be allowed to slip out of the mind in any case. Often, one gets drowned in aggression to trap their opponent and forgets that check mate is the ultimate goal of playing chess. This means that once the check mate is delivered, the game is bound to get over. Then, it does not hold worth whether a player is down in material or is short of time. Hence, the attack on king should be one’s primary focus.

Some basic attacks on the king are as follows:

In a nutshell, the suggested methodologies for people with varying chess ratings are as follows:

Learn tactics and one opening.

So, if the mentioned methods are put into practice, the player will surely experience a level-wise boosting in their chess rating.